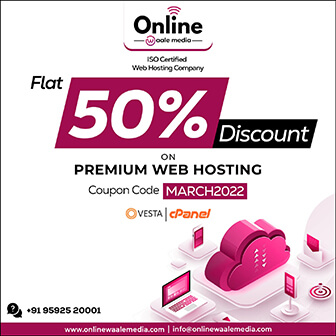 Government admits to inactivity over gaming ban, with no arrests and business closures so far. Yet, consumers and tech startups await High Court decisions as debate and uncertainty continue.

No-one in Custody So Far

Karnataka government representatives have confirmed to High Court judges that no particular action has been taken against online gaming companies in the wake of the blanket ban on games for money enacted last month. The law foresees coercive action against both consumers and digital businesses related to paid online games, including heavy fines and imprisonment.

The Advocate General appearing for the government testified verbally that no such measures have been taken yet. The news is encouraging to the gaming industry after a group of companies had submitted a court petition opposing the act. While the surprising admission does not officially decriminalize gaming for stakes, it only raises the uncertainty surrounding the legislation. A host of businesses remain unable to plan for their potential relocation and ultimate survival.

Industry studies highlight another important contradiction in Indian policy on legal gambling – lottery, the largest and most popular form of real-money gaming remains possible, both online and offline. State run schemes remain the main option for many desi players while there is growing awareness of online retail options.

Market statistics are undeniable, state by state and overall – local ticket resellers and offshore alternatives attract hundreds of millions of Indian players. Lottery is both a tradition in a way, as much as a means for governments to fill up their coffers. Some fund welfare programs, widely publicizing the fact to the public.

Then there’s the question of offshore competition. In a globalized world and unlimited internet competition, it is practically impossible to keep foreign gaming companies away from India’s large and attractive market. Desi companies stand to lose a lot if they are actively pursued while offshore games abound.

Politicians like to stress one claim: online gaming bans protect “the people”, they serve their interest. Yet they have no scruples supporting the lottery mass-market and many have been seen at glitzy horse-racing events in the past. More importantly, little has been done to promote India’s gaming studios and protect them from illegal competition.

Wagering on casual skill games and legitimate people favorites like rummy or poker has never been put into question over the years. The fact of the matter is that online accounts, profile settings and licensed gaming companies can offer a pragmatic way of combatting abuse and problem gambling. Plainly shutting down desi tech businesses, as an apparently popular measure, serves neither India’s competitiveness as a global digital player nor its people.

At the age of 22, Mr. Avijit Ghosh, the musician Became an International Identity Overnight by creating a new world record as a Sales...

Samrat Abhay Throat: A social worker available 365 days towards the service of people